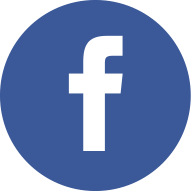 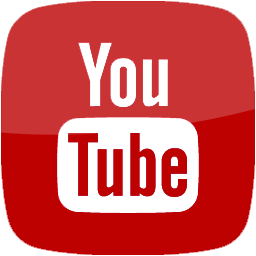 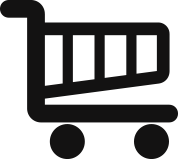 Why are USANA supplements rated highest in the world?

Zero Tolerance for Error
USANA’s 350,000-square-foot facility in Salt Lake City is designed to meet Pharmaceutical Good Manufacturing Practices (GMP).
State-of-the-Art Analytical Laboratory USANA’s Analytical Laboratory is one of the best equipped in the industry, with cutting-edge tests for potency, contamination, stability, and dissolution. For example:
• High Pressure Liquid Chromatography (HPLC) ensures proper vitamin concentration
• Inductively Coupled Plasma (ICP) analysis is used to test mineral content and heavy metal contaminants
• Cyclical Dissolution Baths mimic the stomach to assess dissolution and bio-availability.
Microbiology Laboratory
Every batch of quarantined raw material is tested for biological contamination such as Total Aerobic Plate Count (TPC), moulds, and yeast, and pathogens known to harm humans such as E. coli, Salmonella, and Staphlyococcus aureus. Only pure and potency-assured raw materials are allowed into the main manufacturing area. Finished tablets are tested again for any inprocess contamination.
“Tablets are tested every 15 minutes...”
In-Process Test Procedures
USANA tests tablet samples every 15 minutes during a manufacturing run. The tablets are measured for hardness, thickness and weight to ensure the quality and dosage meetspecification.
The Human Factor
Instruments and machines apart, highly trained scientists enforce a standard of research and quality control second to none. Every step in manufacturing follows a written, detailed procedure with a zero tolerance for error. Nothing is left to chance.
NSF Certification: USANA Certified for Sport™
NSF International has certified USANA’s manufacturing facility to be in compliance with GMP requirements for dietary supplements. The former is an independent, not-for-profit organisation that helps protect public health by writing standards for food, water, air, andconsumer goods.
Even more, USANA received certification of six of its products through NSF International’s Certified for Sport™ programme. NSF’s independent certification helps athletes make educated decisions about the safety of the dietary supplements they choose to take.
Pharmaceutical Quality System
Not all manufacturing quality standards are the same.
Under US laws, supplement manufacturers are required to adhere to dietary supplement Good Manufacturing Practices. Taking the commitment to quality a step further, USANA, as an FDAregistered facility, adheres to a more rigorous quality assurance program. USANA ensures that all components of the manufacturing process comply with pharmaceutical level GMPS -the FDA’s highest standard for manufacturers.. This ensures that its products are virtually free from contaminants, its raw materials are of assured potency, every tablet contains the amount of each ingredient as stated on the label, and each tablet dissolves completely for absorption.
Listed in Medical Professional References
The Physicians Desk  Reference (PDR) is the most widely used compilation of prescribing information for physicians in the United States. Having USANA’s products listed in the PDR adds credibility to USANA’s already solid standard ofquality, reliability and integrity.
Best of State

USANA ensures that top-ranked athletes, such as Kim Clisjster of Belgium, get the nutrition they need without having to worry about the quality, potency or purity of the nutritional supplements the take. In fact, USANA provides participating athletes with a guarantee of up to USD1 million that all provided supplements are free of banned substsances.
USANA Good Standard Manufaturing. Copyright @2012 by topstarteam.com This site owned by Pathitta Sa-nguannam.Some of the images text on this website are the copyright property of USANA Health Sciences and have been reproduced with its permission.